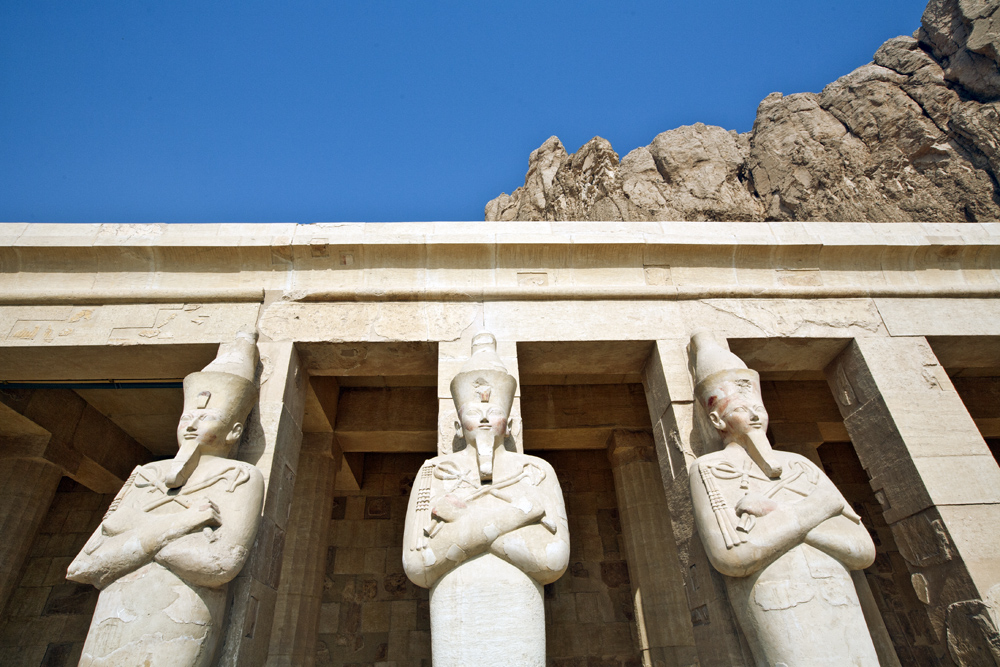 The Temple of Queen Hatshepsut is uniquely different from all of the other temples in the region in its design and decoration. Most other temples were built with sandstone, but Hatshepsut’s temple is made with limestone. The architect who built the temple, Senimut, was thought to have been inspired by a nearby temple designed by Neb-Hept-Re, a sanctuary to the god Amun-Ra.

Though the landscape is barren now, there are remnants of trees on the property that suggest that the terraces and land were covered with trees. The ramp leading up to the second level is a later addition where it would have originally had stairs.

The northern colonnade begins with a Chapel of Anubis which echoes the Hathor Chapel on the southern side and shows colourful scenes of Hatshepsut in the presence of the jackal-headed god. In some places Hatshepsut’s figure has been removed but the figure of her successor Tuthmose III remains in offering scenes to Amun as well as Anubis, Wepwawet, Sokar, Osiris and other mortuary gods. (source: http://egyptsites.wordpress.com/2009/02/09/temple-of-hatshepsut) 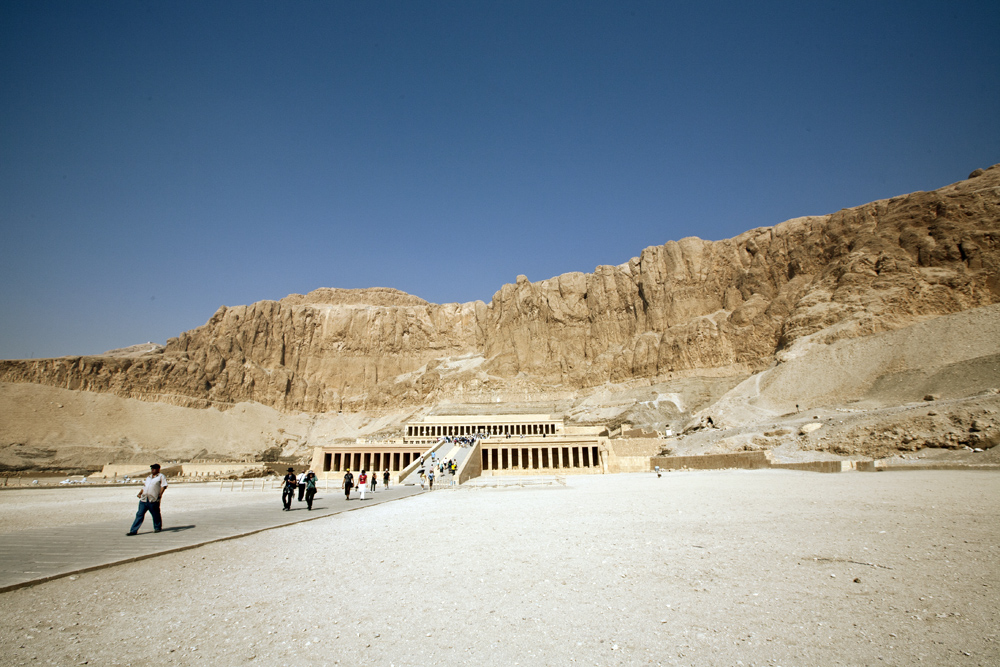 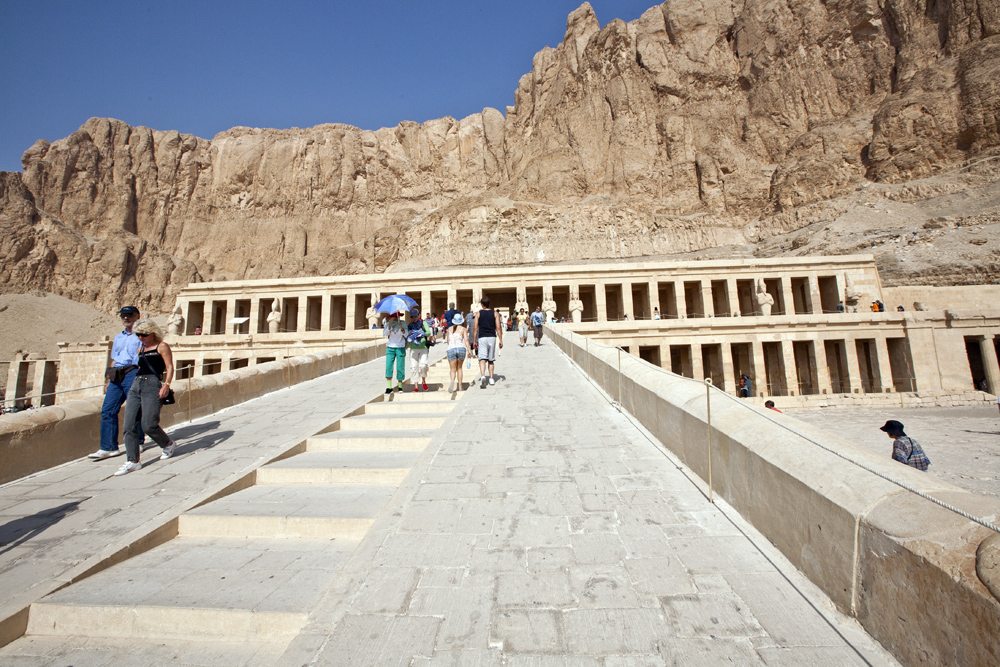 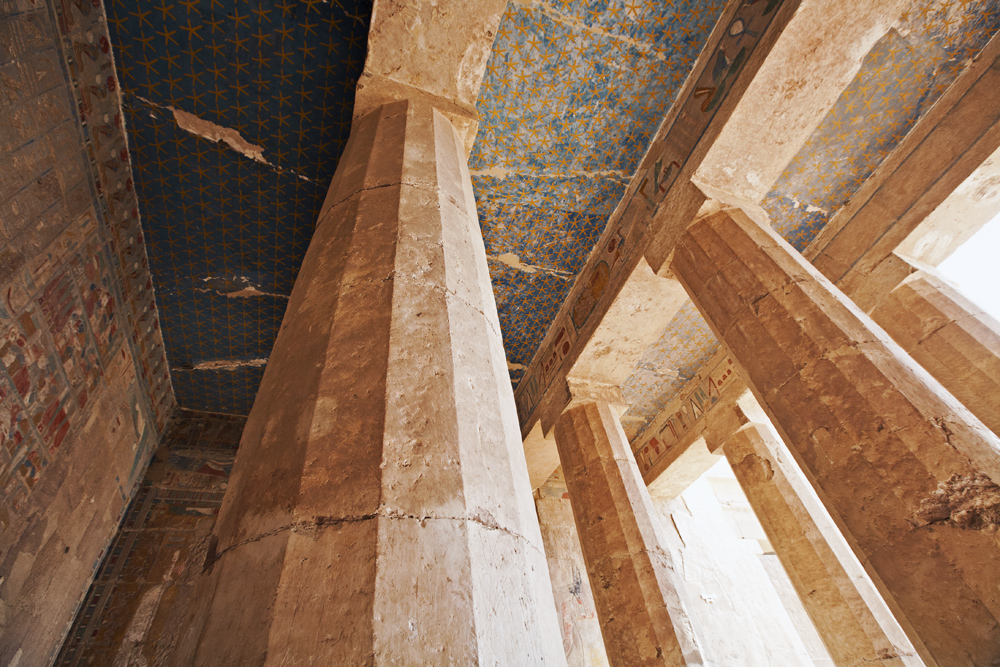 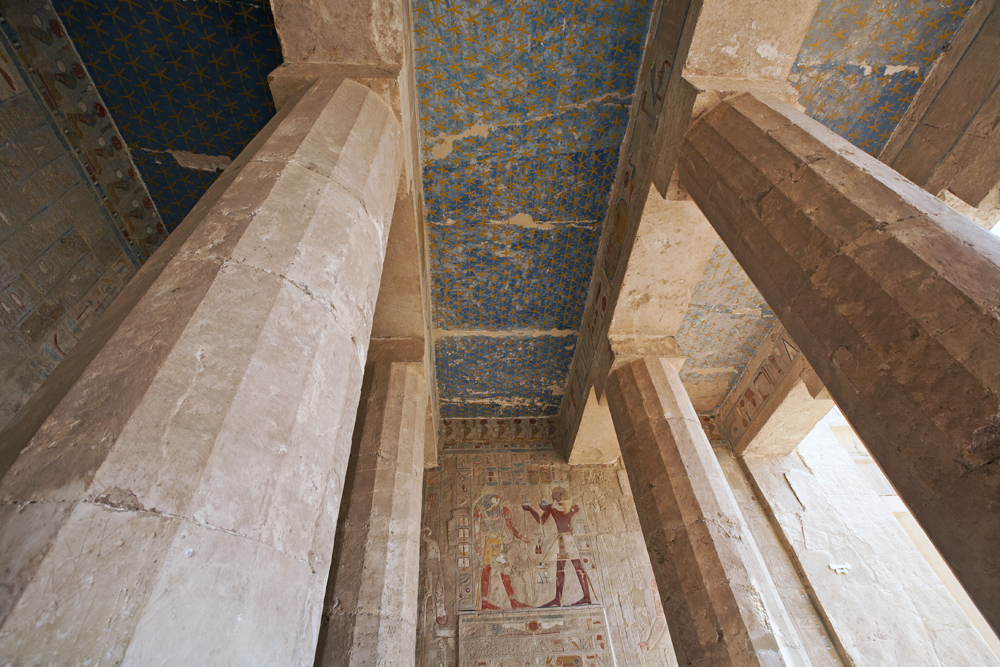 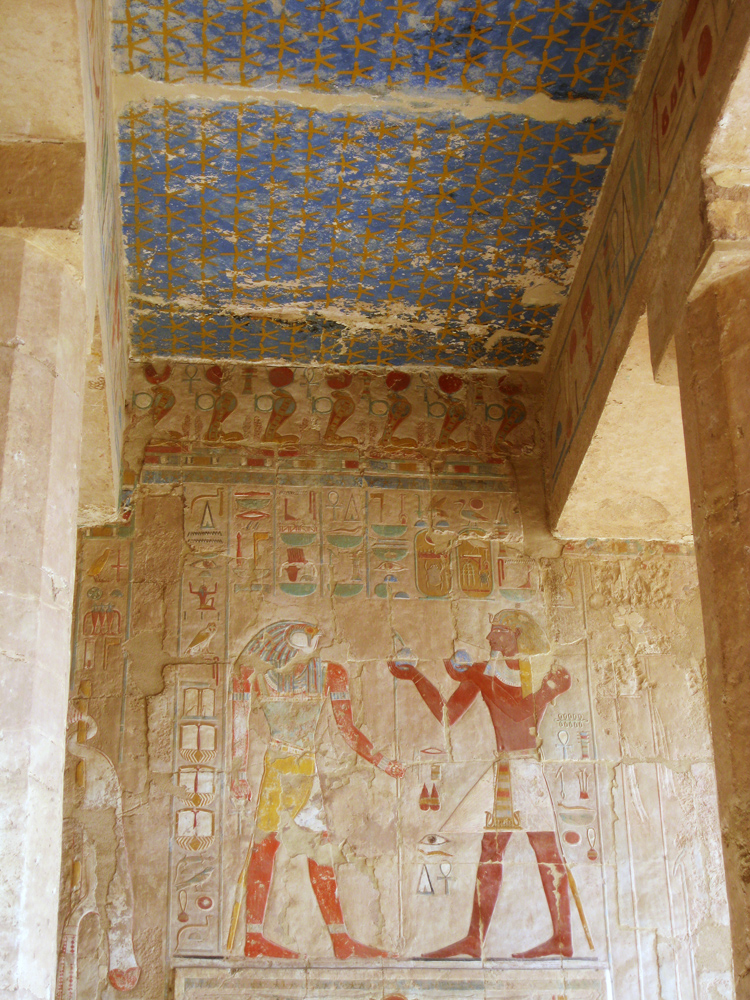 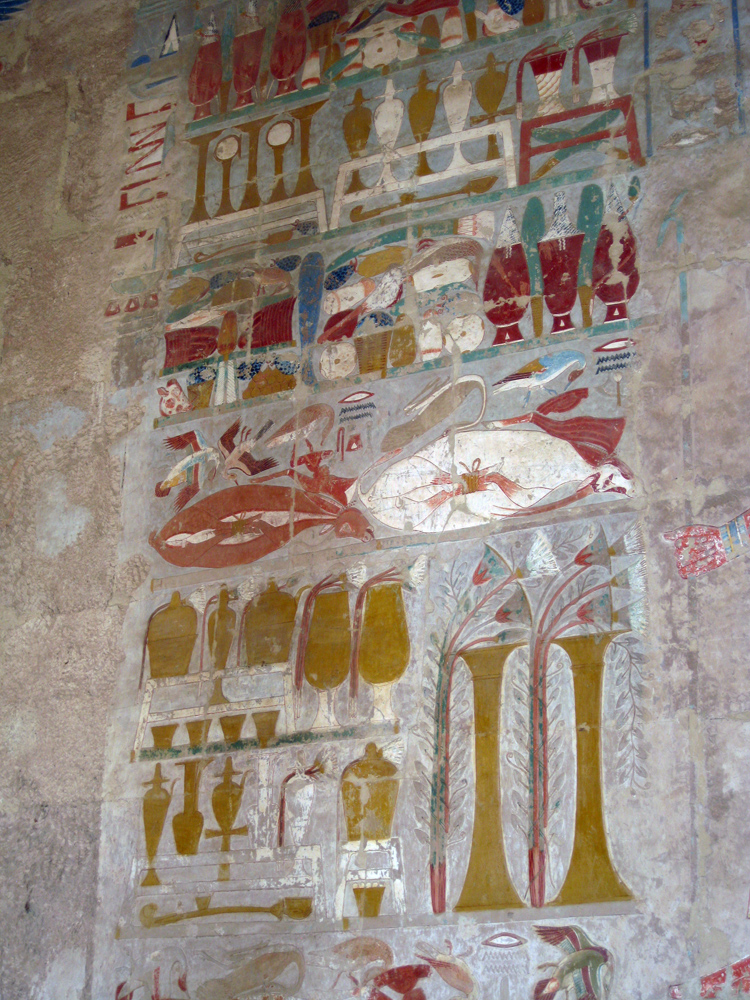 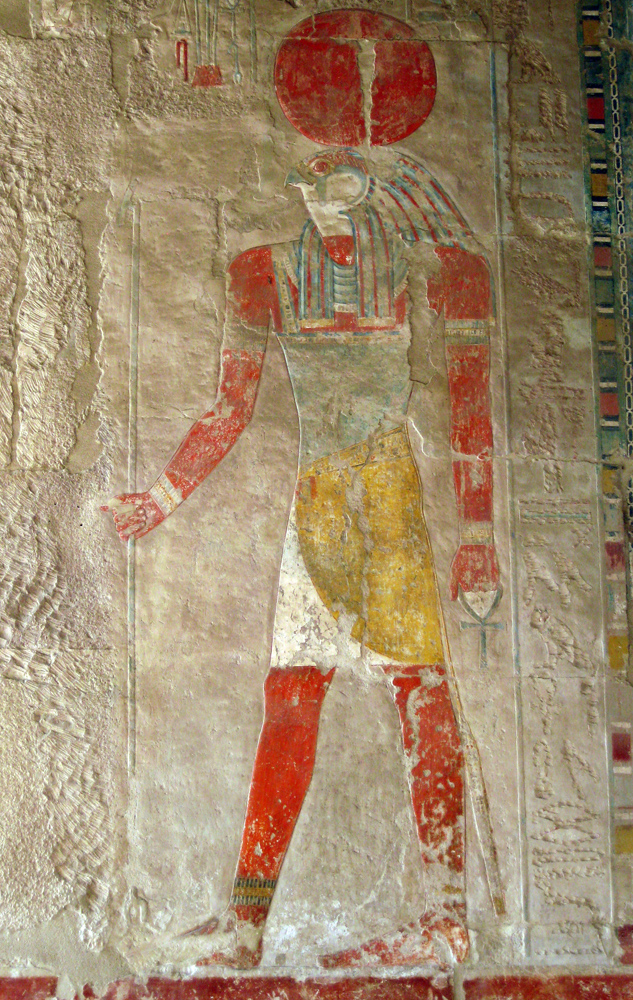 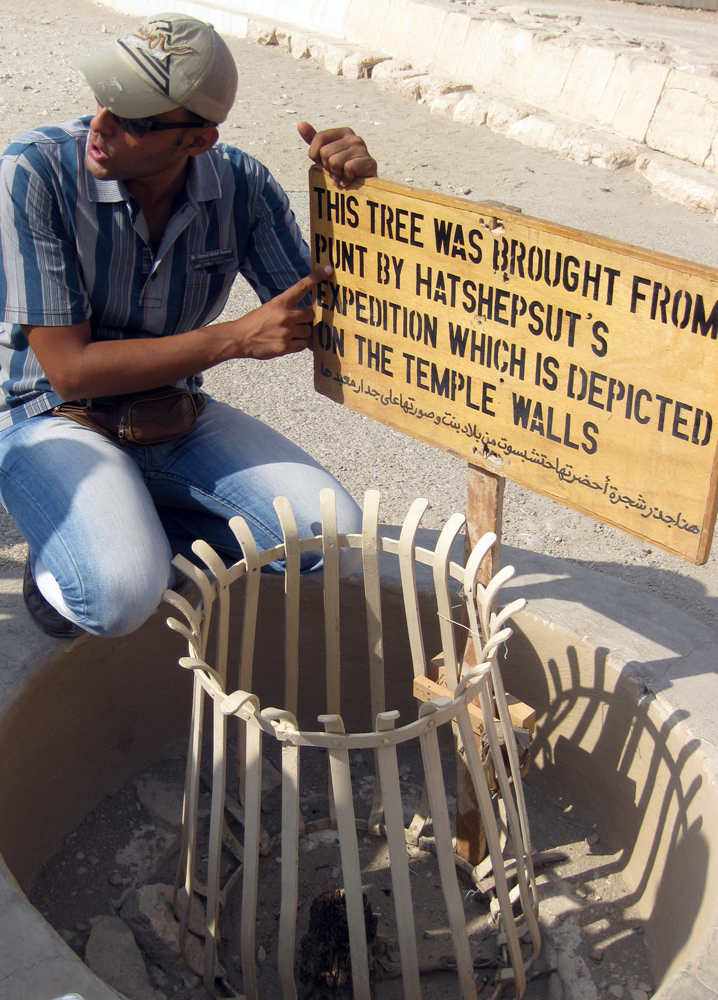 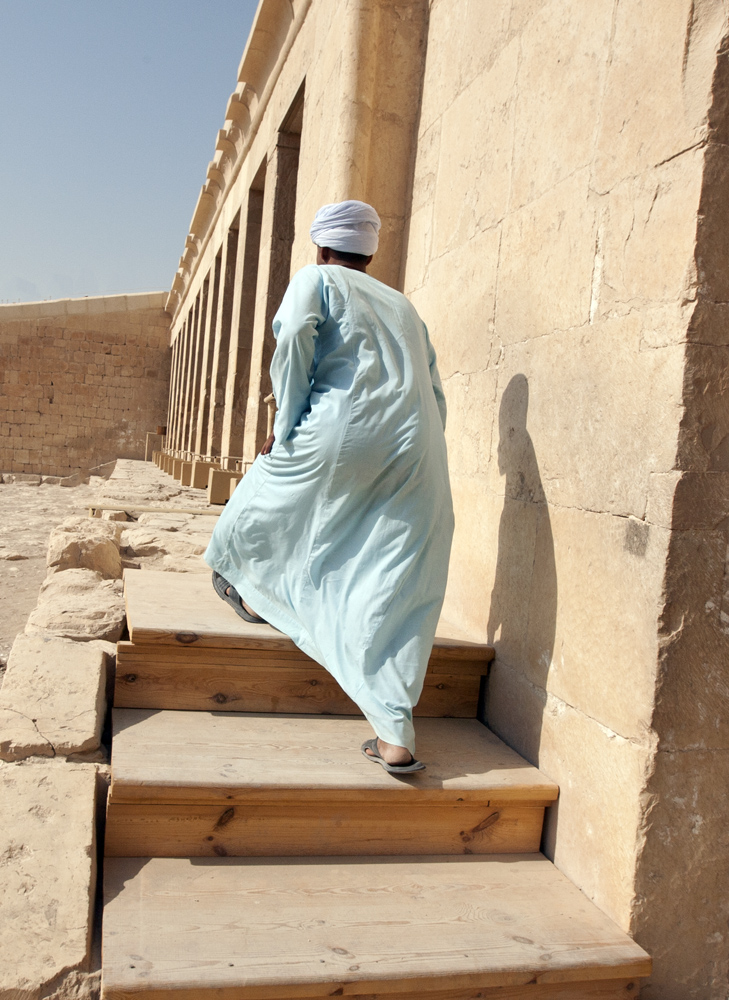 High in the sky over Africa: Landed in the rain in Cape Town: Driving across…