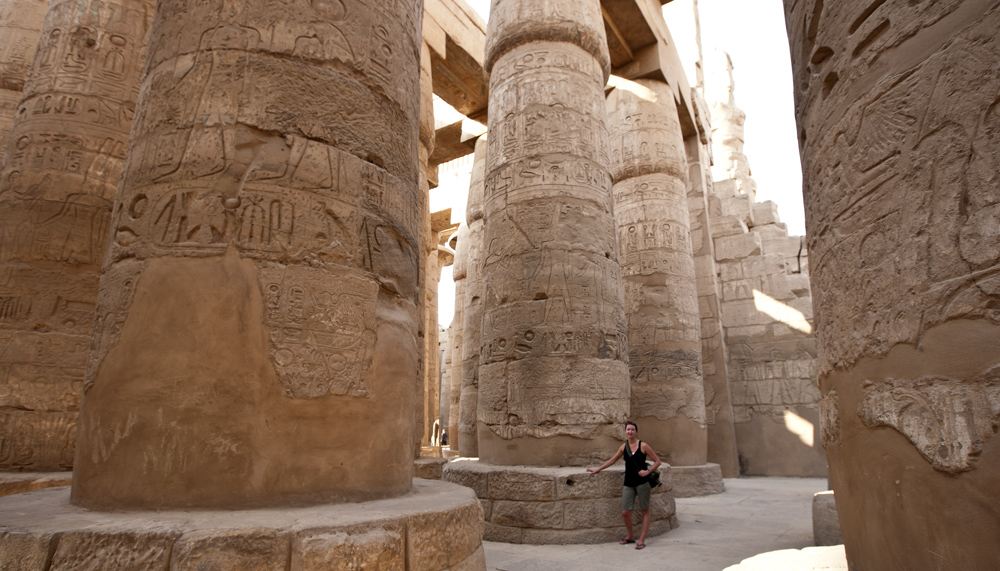 After a short afternoon sail and a delicious lunch on board the Sonesta Nile Goddess, we had our first outing to the Temple of Karnak. A brief history: construction at Karnak started 4,000 years ago and continued for about 2,000 years until the Romans took control of Egypt. In those 2,000 years, every ruler who worked at Karnak left some kind of architectural structure as part of their legacy. The entire site morphed significantly over the 2,000 years as temples, chapels and pylons were constantly being built and torn down at the whim of each new ruler. It is estimated that 30 pharaohs contributed to the site, which is how it came to be so large and diverse in construction. 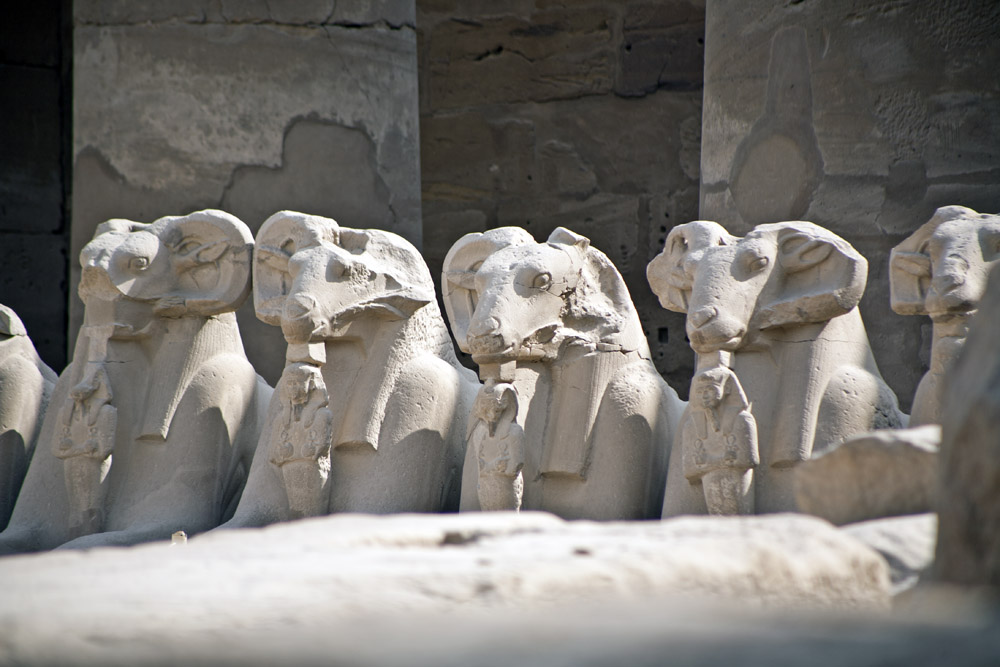 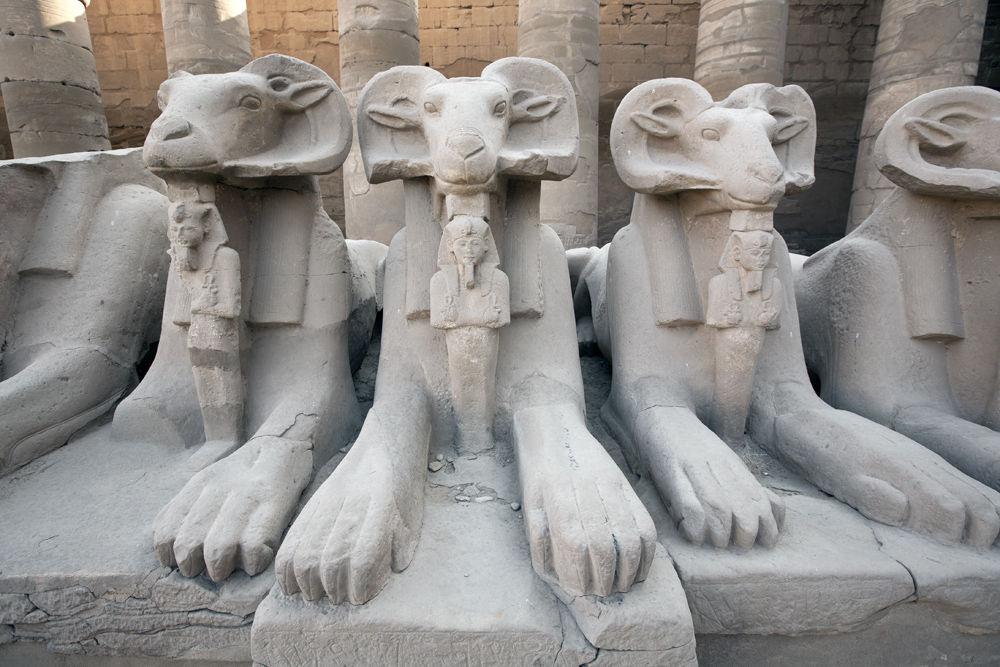 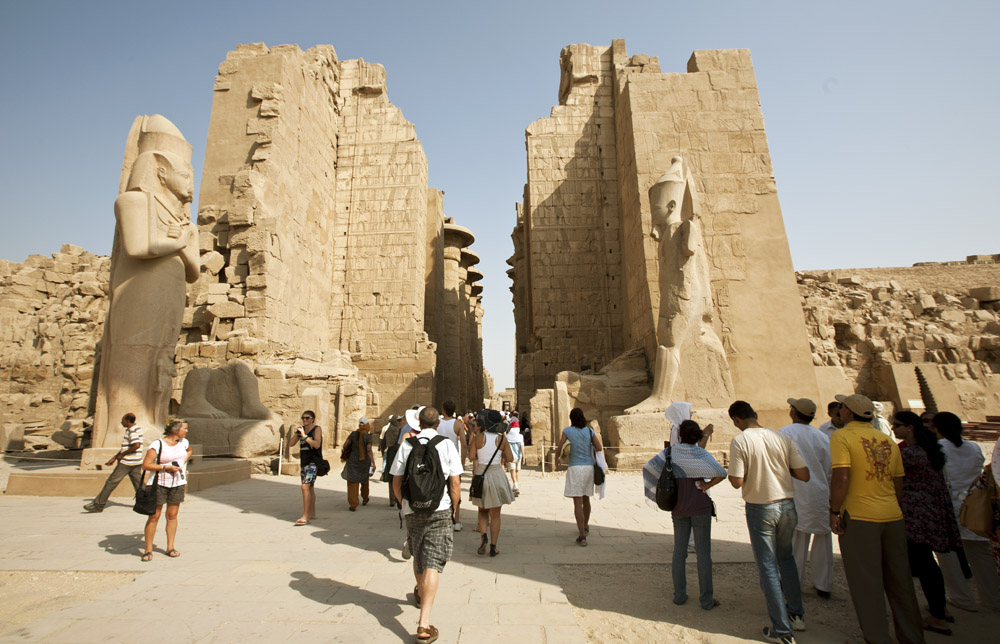 The first Open Courst encloses an area that was originally outside of the temple, as evidenced by a number of cryosphinxes like those outside that were displaced from their original positions along the processional route. The large column that you can below is the Taharqo kiosk. There were once two rows with five columns matching the Taharqo kiosk, connected by low screen walls to form the free-standing structure. The huge distance between the two aisles suggests it must have been unroofed. Only the one column now stands complete today. (source: http://dlib.etc.ucla.edu/projects/Karnak/feature/TaharqoKiosk) 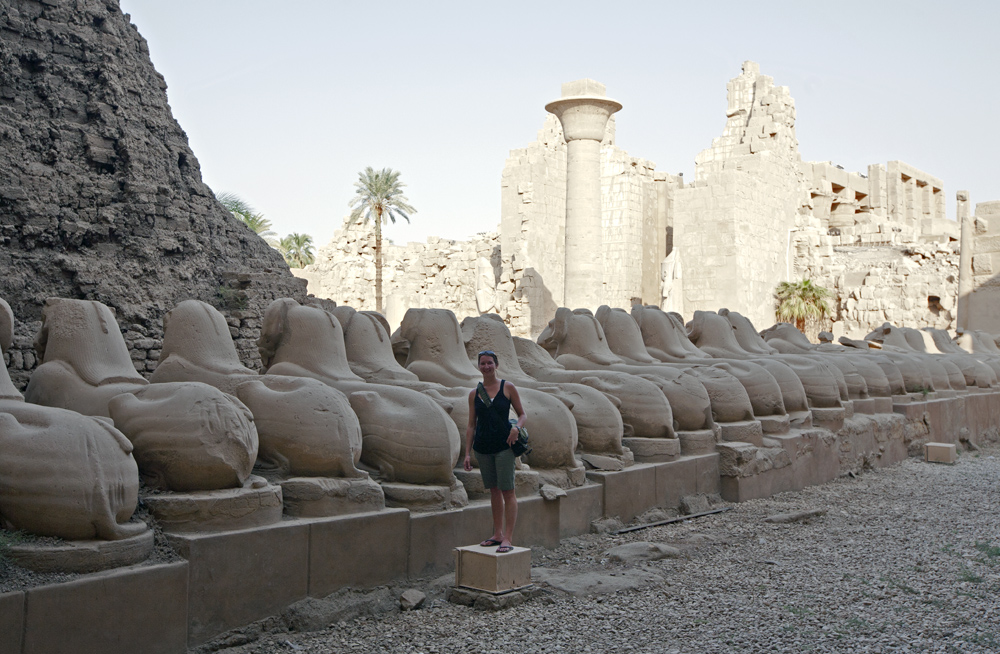 This colossal statue depicts king Ramesses II Colossus with his daughter Bent’anta. The king stands, arms crossed, holding the crook and flail (symbols of kingship). He wears the nemes headdress with a “double crown” and the short shendyt kilt. At his feet, princess Bent’anta stands, wearing a crown of ureai topped with double plumes. In the hand folded across her chest she holds a flower. Although she is portrayed as an adult, her figure is significantly smaller than that of her father. This reflects not her actual size, but the difference in status between a king and a princess. (source: http://dlib.etc.ucla.edu/projects/Karnak/resource/ObjectCatalog/1862) 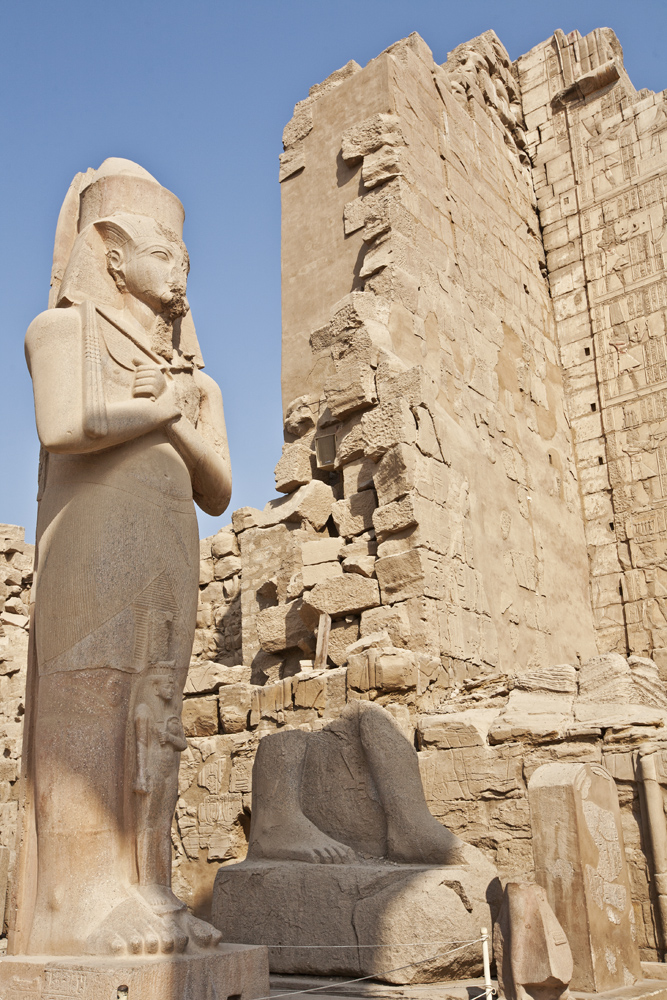 At the heart of Karnak, the Nineteenth Dynasty pharaoh Seti I (reigned ca. 1291-1279 BCE) erected his Great Hypostyle Hall, a colossal forest of 134 giant sandstone columns supporting a high clerestory roof and enclosed by massive walls that after 3300 years remain substantially intact today. The Great Hall is vast. It covers an acre of land, and its great columns soar to heights of 20 meters. Not only does the scale and completeness of this monument remain a rarity among ancient Egyptian temples, but it is also the largest and most elaborately decorated of all such buildings in Egypt. Visitors often remark on the bewildering array of inscriptions covering every surface: the walls, columns, and even the roof! The patchwork of artistic styles and different royal names seen in these inscriptions and relief sculptures reflect the different stages at which they were carved over the centuries. Successive pharaohs, Roman emperors, high priests and common Egyptians added to its wealth of inscriptions and relief decoration, made architectural alterations and restorations, and even left pious graffiti on its walls. (source: http://www.memphis.edu/hypostyle/welcome.htm) 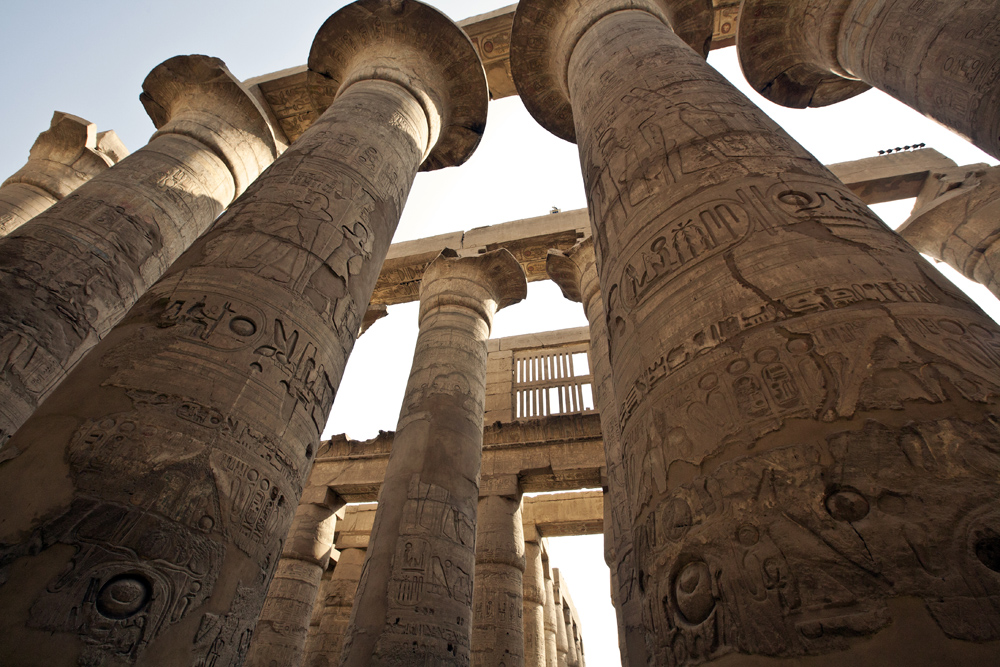 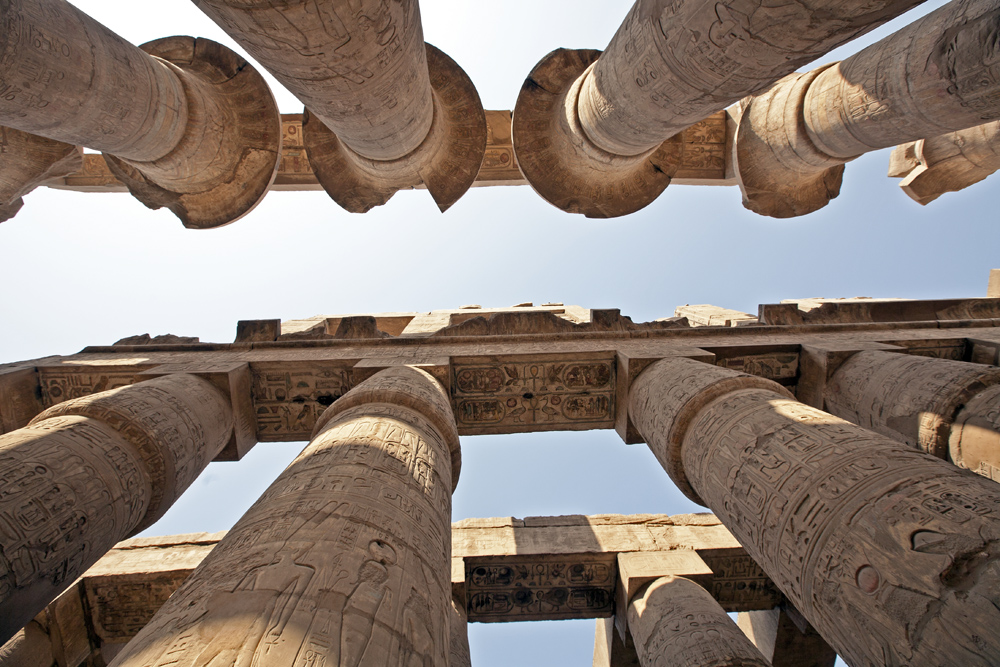 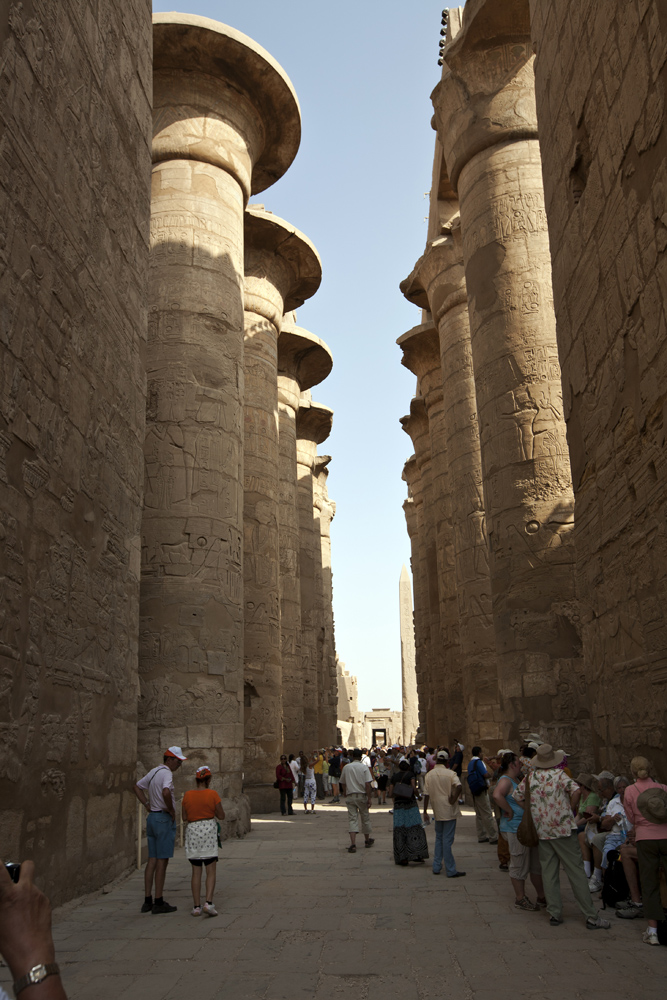 Akhmenu’s main pillared hall is covered with a beautifully painted blue ceiling with yellow stars. The roof is supported by two rows of uniquely shaped columns representing the poles of a portable tent. Since the structure still has its roof, some of the paint has been preserved and hints at what it would have looked like in its original state. 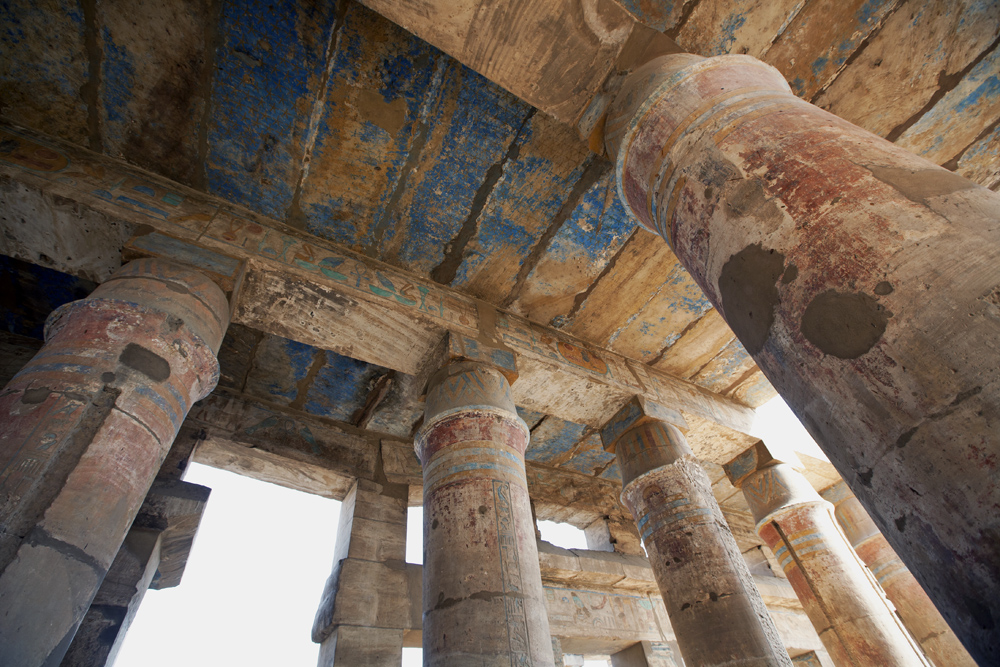 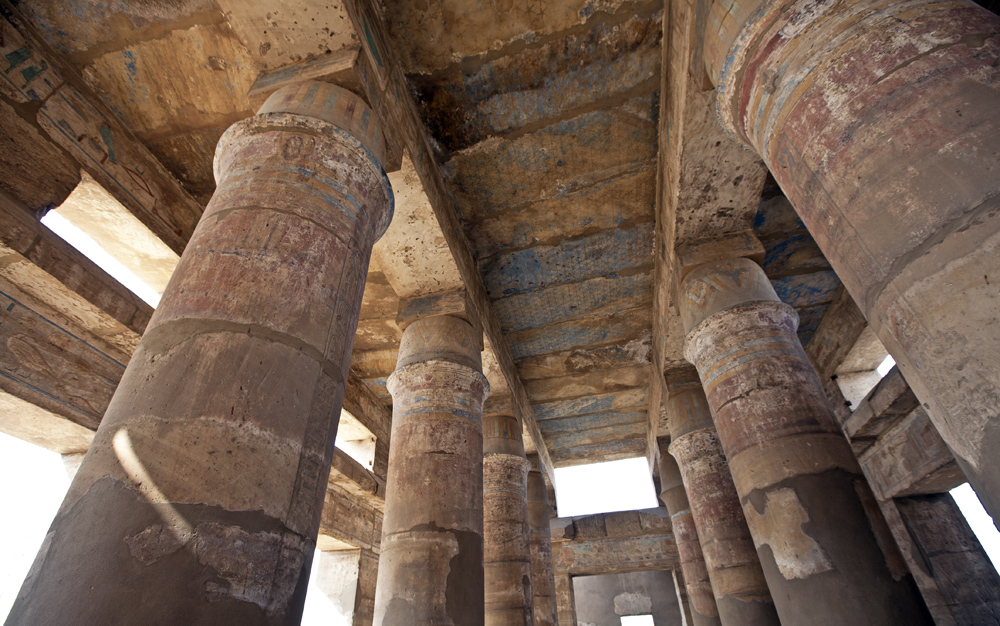 Hieroglyphs at Temple of Karnak 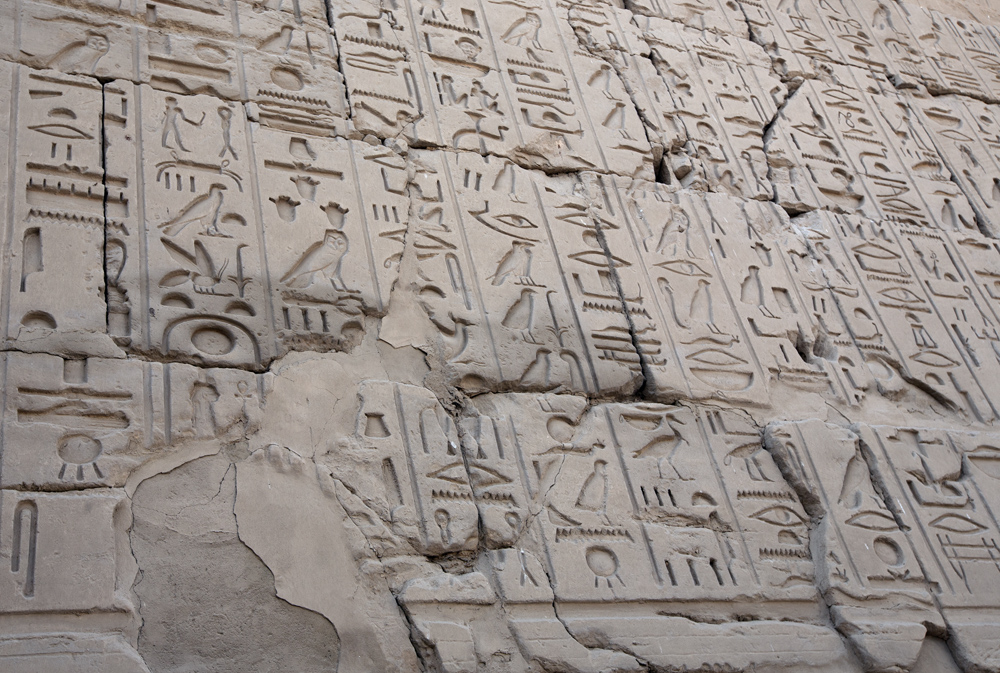 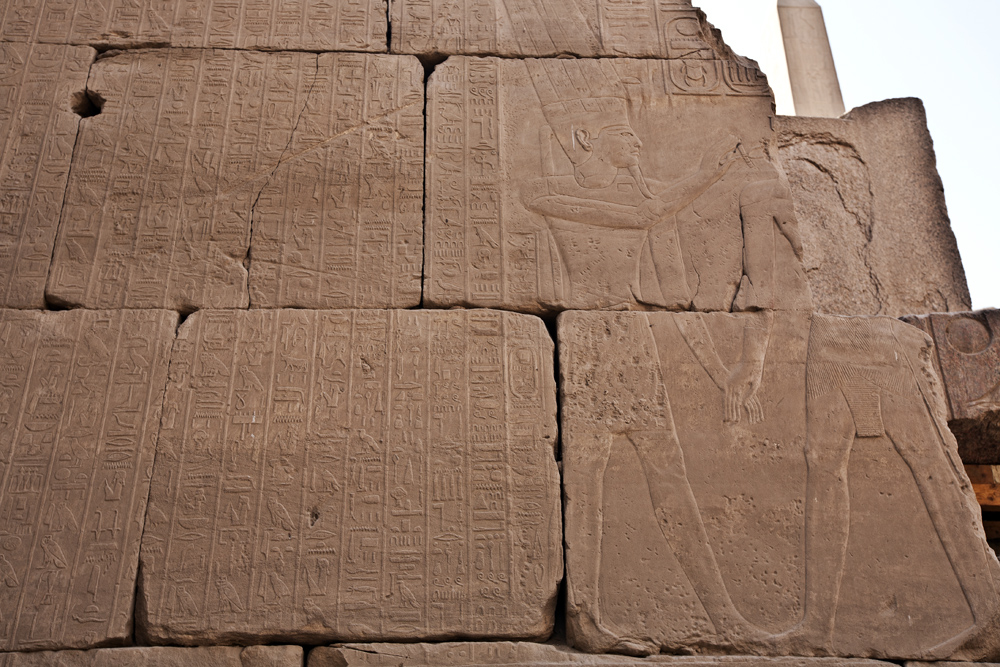 In Thutmose III’s city lists, hundreds of princes are depicted with hands tied behind their backs and their cartouches on their shields. This is a depiction of the rulers of the cities of Canaan that Thutmose III captured when Megiddo fell. All the rulers, except the king of Kadesh, were trapped in Megiddo, and so by the capture of Megiddo, Thutmose could say that it was as the capture of a thousand cities. At Thutmose’s death the Egyptian empire stretched from the Euphrates to the Fourth Cataract, the greatest extent of Egypt’s territory ever. (source: http://www.bibleplaces.com/karnak.htm) 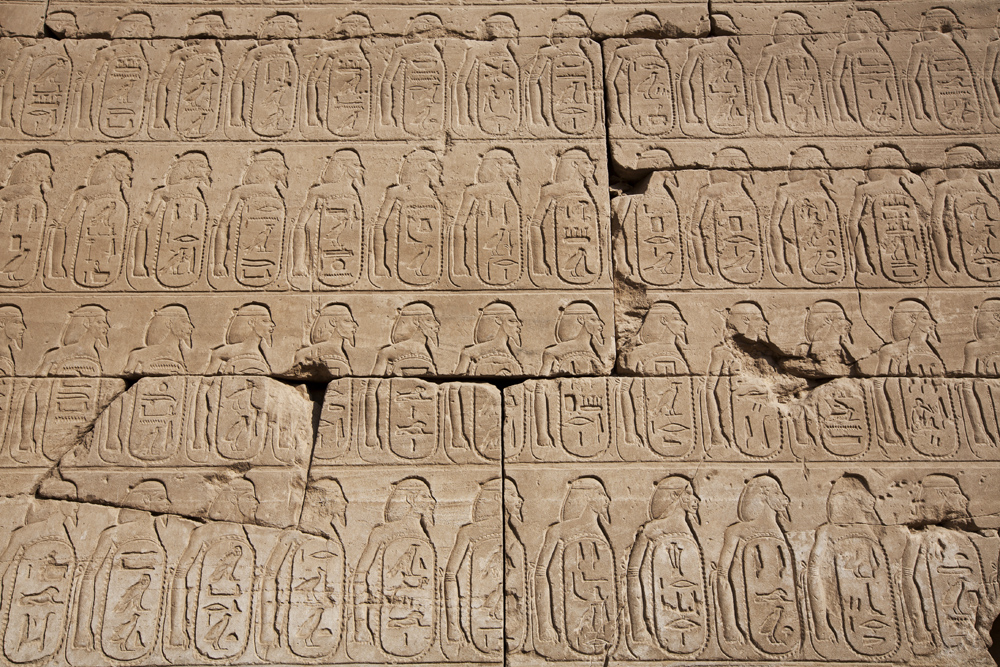 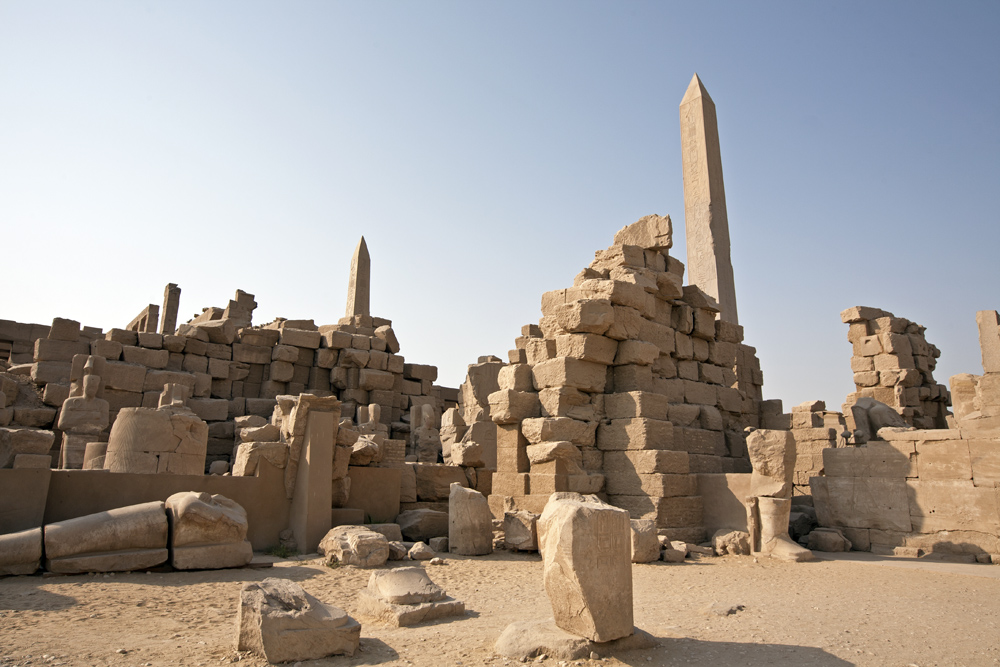 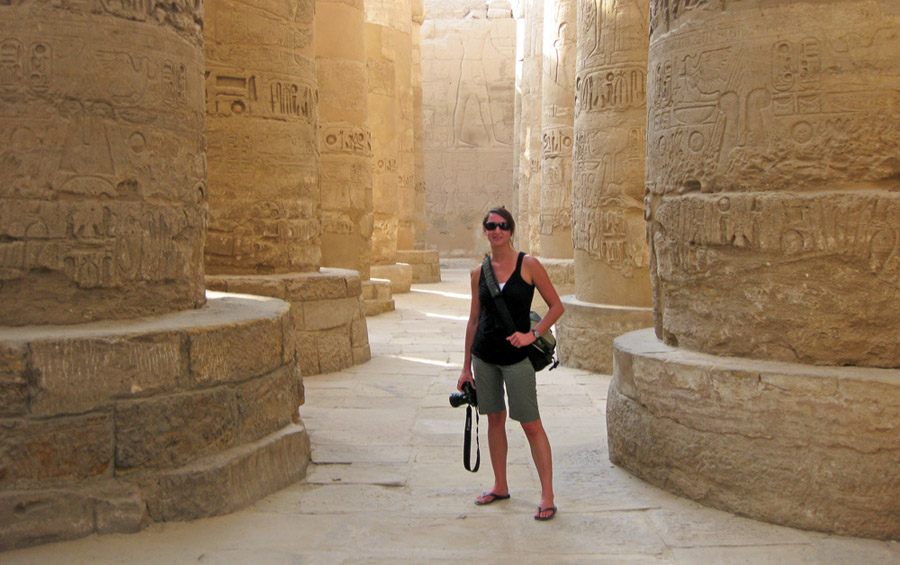 One of the most exhilarating experiences I've had to date: shark diving! I woke up…