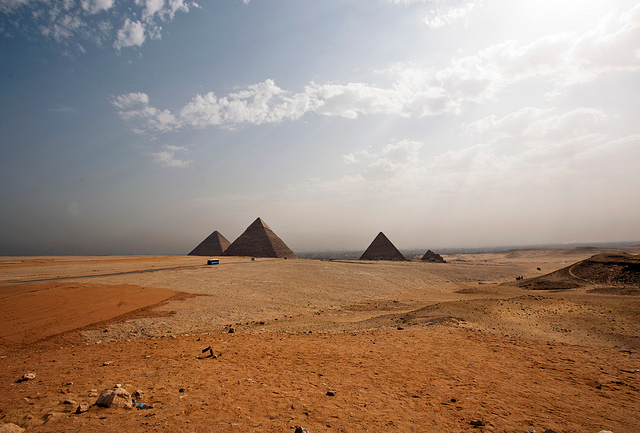 over the course of four weeks in africa i had: jetlag, malaria medication side-effects (hallucinations! paranoia!), two allergic reactions to fish when i wasn’t aware that i was being served fish, a cold, pharaoh’s revenge, and now some strange stomach virus. somehow i slept from 6pm to 5am last night and now i’m slowly starting to feel like a citizen of earth again instead of some phantasmal echo of my former self.

the trip was incredible though, so unexpected and inspiring. i lost my jacket in dubai, shorts in the selous, my phone charger on an emirates flight and my mind somewhere between cairo and dar es salaam. i flew emirates, egypt air, tanzanair, zenith aviation and south african airways – probably 15 legs in as many days. as soon as i figured out the lay of the land we left it.

dubai was strange because it seems to be predicated on nothing. old town dubai is a little fishing village that has the most character, but the souks with indoor ski resorts and clothes that none of the locals wear seems like a racket. nothing is compact, just range rovers and sky rises. i was trying to see the top of the worlds tallest building but my head was barely able to crook down far enough to see it out the taxi window. swimming in the persian gulf was probably the highlight, the sea is so salty that you could never drown, suspended on buoyancy.

from there we flew to cairo for the night so that we could make a plane to luxor the next morning. the driving in cairo is so insane that i was considering a move there to write a dissertation on the method in the madness. the signals, the honks, the lane changes, being 6 cars wide on a 3 lane road, driving on the lines instead of between them — it’s mind boggling. and it took probably an hour to go 5ks to a really strange hotel where i ordered a margarita but got a tequila sunrise instead. lost in translation becomes a lifestyle, you can’t really have your heart set on anything.

the next morning’s flight was at 6am so there were relatively few people on the road and we made it to the plane and then on to luxor. there was a boat waiting for us there on the nile to take us to all of the tombs and temples of antiquity: temple of karnak, valley of the kings, valley of the queens, hatepshut’s temple, temple of philae, you name it. for some reason the boat was crowded with australians and there were only two other girls my age, the rest of the boat was 50+. it was so fucking hot! so hot! i caught the ol’ pharaoh’s revenge and one time ate a piece of crab from a crab shell that turned out to be line fish! not crab! who stuffs fucking crab shells with not crab meat?! they almost had to turn the boat around to take me to the hospital, but luckily my throat only constricted to the point of not being able to swallow. whatever, the best was getting off in edfu and finding an alley lit by the weakest street lights and smoking a hookah with local egyptians.

cairo was a whirlwind of pyramids, camels, mosques and delicious indian food. the heat was so intense that the whole of egypt seems like a dream, by the time we left tanzania i almost forgot we’d ever even been there. mike was arrested twice because he refuses to heed very clear rules and the second time i just left him because i’m not spending my time chasing him out of jail when i told him to leave his phone behind in the first place. it was actually hilarious, he walked by in the grips of one of the tourist police and i just waved at him and he was like “YOU WOULD! I’M GOING TO JAIL!” and we laughed until he caught back up with me after paying a hefty fine to get out. my favorite idiot.

and then! tanzania! this trip just keeps going, don’t worry. there is a new preserve in the southern selous where we stayed on the luwego river. the problem with it being new is that all of the animals are scared of the vehicles, whereas the animals are mostly unfazed in places that have been operating for 10+ years. most times if you approach a hippo it will just make a loud bellow and then sink under the water, but these hippos run out of the water! it makes no sense! we were walking along the rivers edge one afternoon and encountered two hippos and instead of casually disappearing they charged at us! we had to run for it! luckily there was a giant embankment that they couldn’t scale, otherwise we’d have been in serious trouble.

the selous was fucking awesome though because we got to actually get out and walk around, whereas other places you have to stay in the landrover the entire time. mark carried a shotgun everywhere we walked and we had a backup ranger with an ak47. there is no hunting on the concession but one afternoon we found some poachers and had a fun time chasing them until the ranger went off to apprehend them. we had sundowners in the river one night, went flycamping another night and almost ran over a black mamba! i love the bush so hard, i want to be a guide but have to go as a couple and you all know how likely that is right now!!!!

i don’t really feel like writing about zanzibar or cape town, plus there are a thousand more things to say about the selous, so this’ll do.

Hookahs and Dominoes in Aswan, Egypt

Dubai was strange because it seems to be predicated on nothing. Old Town Dubai is…

In Search of Fine Wine in Paso Robles